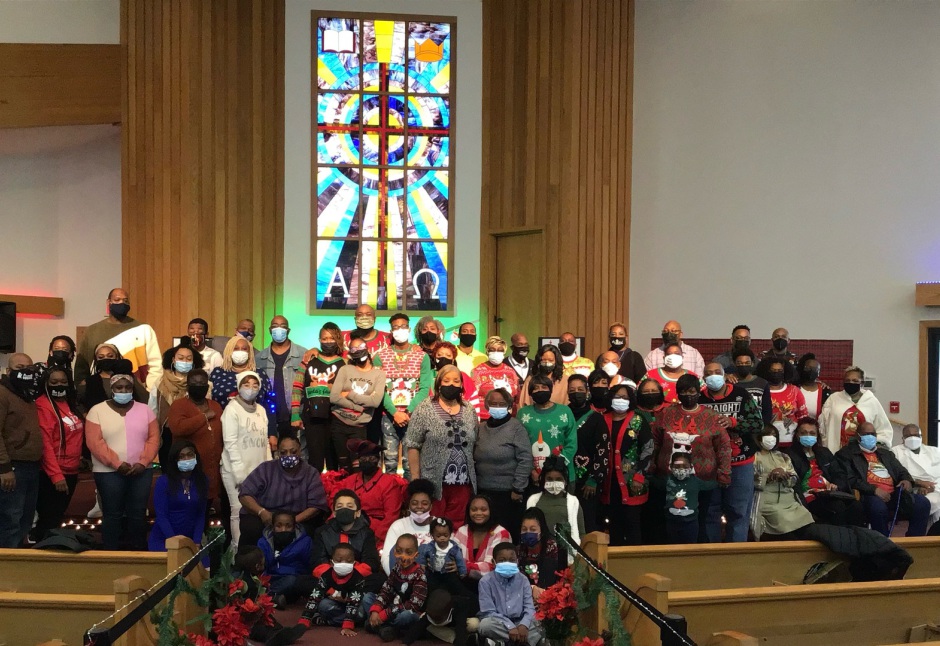 Join us at Mt. Calvary

A native Mississippian and a former United States Marine who served a six-year term. The son of a preacher who grew up in the church has had the privilege of serving in many capacities in the church such as percussionist, head of security and hospitality, as well as being appointed to Eldership. He preached his first message in 1998 titled, "Stay Focus". He was later licensed and ordained to preach in 1999.  In July 2001, Pastor Johnson was called to Pastor Restoration Life Ministries in Cleveland, MS where he served as the shepherd there until February 2009. Pastor Johnson had the privilege of recording and singing with his father, the Late Rev. Lloyd Johnson in a Gospel Quartet Group from Mississippi.

He served as a member of the Mid-South Delta Leaders Tri-State Leadership Program at Delta State University in Cleveland, MS. Pastor Johnson received his B.S. in Religion at Liberty University, his M.A. in Christian Ministry Leadership, and is currently completing coursework for the Doctor of Education in Christian Leadership Program at Liberty University Baptist Theological Seminary. Pastor Johnson was called to Pastor, Jericho Missionary Baptist Church in Urbana, IL in March 2009. In July 2010 he led the congregation in the purchase of a new worship facility. Under Pastor Johnson's leadership the church has grown spiritually and numerically and 400 new members have been added to the church.  Pastor Johnson led the church into a name change in March of 2019 to begin a spiritual fresh start.  The new name of the church is Mt. Calvary M.B. Church also known as "The Hill".

Pastor Johnson considers it a divine privilege to be able to be a leader to God's people. He is compassionate about teaching the word of God and watching God's people excel in their spiritual walk. He cherishes the opportunity and exposure given to be a servant in the church. Pastor Johnson is the visionary and founder of the Life Line summer camp and senior citizen program both designed as a multi-culture and diverse learning community that prepares adults and students for academic, social, and personal success in a safe and supportive environment.

Pastor Johnson currently serves as Moderator of the Fellowship Baptist District Association; he serves as the Vice-Chair for the Champaign Fire and Police Board of Commissioners. Pastor Johnson is a certified instructor for the National Baptist Congress of Christian Education.  He is the former first African-American Varsity Head Football Coach for Centennial High School in Champaign, IL.  Pastor Johnson is an author and inspirational speaker.  Pastor Johnson is the proud husband of Lady Rochelle P. Johnson and the father of Lekevie Jr., Kaleb, and Kennedy Johnson in which he adores.